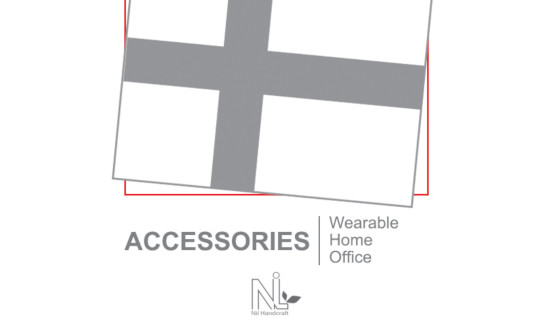 The name Shahsevan means “Adherents of the king”. According to available resources Shahsavan tribes are survivors of Turkish tribes from Asia minor that have come to Azerbaijan-Iran in the fourteenth century. one thing is clear: the history of the Shahsavan tribes goes back to the Safaviyeh kings era, they were organized by Shah Esmael (II) Safavi for authenticating the status of the Turkish tribe Ghezelbash. Shah Abbas established the Shahsavan tribe, meaning King Lovers to deal with the rebel tribes Qizilbash too. 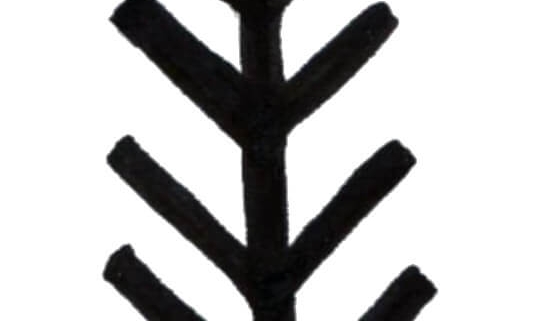 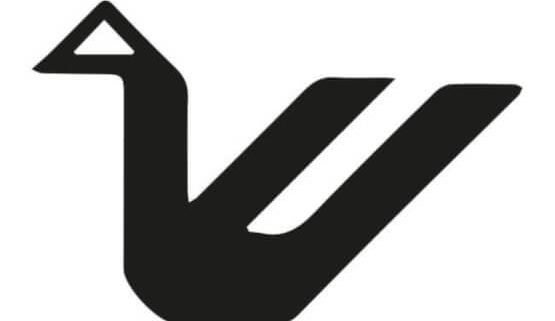 In Anatolia there is no other motif carrying so many different meanings than the bird motif. While birds like owls and ravens imply bad luck, doves, pigeons and nightingales are used to symbolize good luck. The Bird is the symbol of happiness, joy and love. It is the soul of the dead. It is longing, and expectation of news. It stands for power and strength. It is the imperial symbol of various states founded in Anatolia.

In Catalhoyuk birds resembling eagles and vultures are described as animals attacking human beings. The eagle called Horos in the language of the Hittites later took on a legendary meaning. There is a relief of an eagle with two heads on the sphinxes standing at the two sides of the entrance door of Alacahoyuk. The theme of a double headed eagle holding a couple of hares in its claws was later used on the sign of the Seljukian State.

In his lines “We took off, became birds and flew, Thank God!” mystic poet Yunus Emre is expressing the feeling of getting near to God. He describes death by the words “The bird of life has flown off”. By saying “Life is a bird in its cage”, Ministrel Karacaoglan states that the bird flying away from its cage is death. Various bird motifs used on Anatolian weaves are illustrated below: 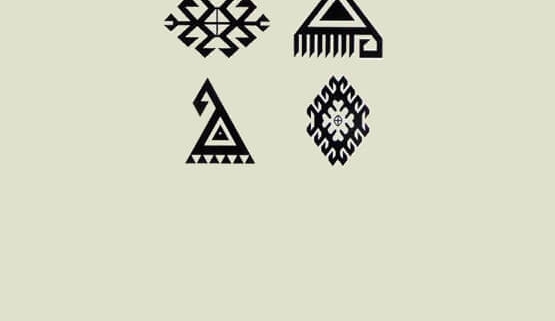 It is believed that some people possess a power in their glance which causes harm, injury, misfortune and even death.

Evil eyes are various objects that reduce the effect of evil glance, thus protecting the ones who carry them. Blue beads, wild mustard, garlic, sea shells, old coins, lead, mercury, the shell of a small turtle, silver and gold ‘Masallah’ motifs (inscription of the word meaning ‘God save him’ on gold or silver) are used with this purpose.

‘Muska’ is a written charm which is believed to have a magical and religious power to protect the possessor from dangerous external factors. It is generally carried in triangular cases.

Various form of amulet and evil eye motifs including the Solomon’s Seal which is called a star amulet in Anatolia are illustrated below: 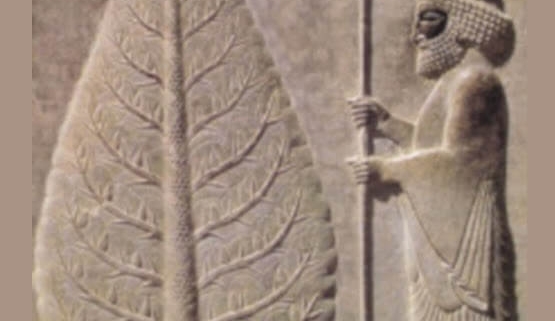 The cypress is depicted as a variation of the tree of life motif, which represents everlasting life. The cypress is used in rituals with the dead, but symbolizes the eternal life that comes after death.

The cypress was the most popular tree used in Persian gardens, and accordingly, was represented in garden carpets. The oldest known living cypress in the world is 4000 years old, in Yazd Province, Iran.

The Safavid Empire was one of the most significant ruling dynasties of Iran (16th,17th century). The arts in this period show a far more unitary development than in any other period of Iranian art. One of the unique artistic accomplishment in that era since Islam is tile working; however, History of tile (glazed brick) manufacture in Iran, goes back to prehistoric period.

Safavid art is well known for a new style of decoration, incorporating textile of flowers included the introduction of pale red, yellow colors alternating with blue patterns into ceramic dishes and table wares. There’s also a great range of tile pieces where luster is applied over-glazed on a white or blue glazed ground. Most of the decoration motifs on the tiles relates to natural flora and plants. Tile working has an important position among the various artistic features in Iranian architecture.

in the Safavid period, the motifs and symetric and geometric patters are applied either on wood door frames, colored glass; or as mosaic panel on dome tileworks, wall or ceiling decorative paintings. 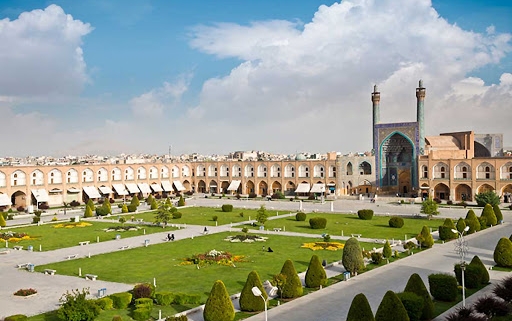 Isfahan is like a piece of jewelry and an ultimate expression of the Iranian-Islamic culture. Early Islamic mosaic in Iran consist mainly of geometric decoration in mosques and mausoleums, made of glazed brick. One of the best known architectural masterpieces of Iran is the Shah mosque in Isfahan from 17th century.

Most of the decoration motifs on the tiles relates to natural flora and plants. Tile working has an important position among the various artistic features in Iranian architecture.

The painting’s directly derived from one of the most famous tile works belonging to Isfahan Jame mosque.

All can be seen in Isfahan tileworks is a combination to form complicated patterns with a variety of symmetries including reflections and rotations. 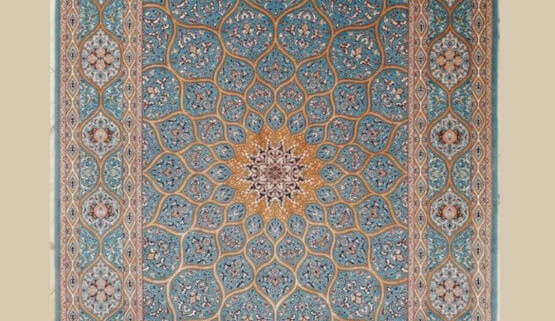